About Us » School History

K.L. Carver Elementary School was founded in 1947 on the site is where San Marino High School stands today. It opened its doors in 1948 as a K-3 school with two classes at each grade level. It is named after Kaufman Lowell Carver, who served as a San Marino School Board member for 19 years, 13 years of which he was president (1932-1945). He supervised rehabilitation of the schools after the 1933 earthquake. Carver's interest in the community went beyond the schools as he helped establish the Public Library and the Woman's Club.
In 1950, five acres of land was purchased from Mr. Ishizu of Sunnyslope Gardens for the purpose of building a new elementary school on the east side of town. Since the property was in the county area, it was annexed by the city of San Marino to ensure fire and police service.
In 1953, Carver School moved to the new buildings in its present location and opened as a K-6 school with Lena T. Jones as principal. Alexander Scrim, who lent his name to our auditorium, succeeded her as principal in 1959. By then, Carver School had grown to four classes at each grade level. In 1982, William Langton, then principal of Stoneman School, came to Carver and served as its principal through June 1993. Pauline Dolinski followed Mr. Langton as principal until June 1995, when Mrs. Elizabeth “Liz” Hollingsworth, then Miss Elizabeth Platon, took the helm of our school. She had previously taught for 17 years in San Marino Unified School District. Mrs. Hollingsworth continued to serve 21 more years as principal, passing the Carver legacy in 2016 to Dr. Michael Lin. Dr. Lin was previously the assistant principal at Huntington Middle School after serving as an elementary school principal in Temple City Unified School District. Dr. Lin had taught high school and college math before becoming a school administrator.
Starting in 1997 Carver School underwent a major expansion and modernization, funded by two bond measures approved by the voters of SMUSD. During Phase I of this effort, an additional wing was added to house our school library with its landmark tower, a computer center, art and science rooms, and three new classrooms. During the following Phase II of construction a few years later, all existing classrooms were refurbished, air-conditioning was installed, and three additional permanent classrooms were added. In 2005 Carver School finished its last, and final, construction phase, which provided for the renovation of all the administrative offices, the auditorium, and the lunch court area. Carver School is now a K-5 school with 600 students in 30 classrooms and a SELPA preschool.

In 2018 Carver School received the California Distinguished School Award for the third time since its founding. Schools that applied were eligible based on their performance and progress on the state indicators as described on the California School Dashboard. Indicators include test scores, suspension rates, and English learner progress. California Distinguished Schools represent examples of not just excellent teaching, learning, and collaborating, but also highly successful school climate efforts, ranging from real-time conflict resolution to positive behavior intervention. The previous two times Carver was recognized as a Distinguished School were in 1987 and 2014.
In 2020, Carver School was one of 367 schools in the nation recognized with the National Blue Ribbon School Award. Carver School underwent a comprehensive application process that spanned many months during the COVID-19 Pandemic. The coveted National Blue Ribbon Schools award affirms the hard work of our educators, students, families, and San Marino community in creating a safe and welcoming learning environment where students master challenging and engaging content and staff share a unity of purpose to make a positive difference in students. The 2020 national recognition is a testament to the continued excellence that we see in the learning culture at Carver School, which was previously recognized with the same national award 15 years earlier in 2005. 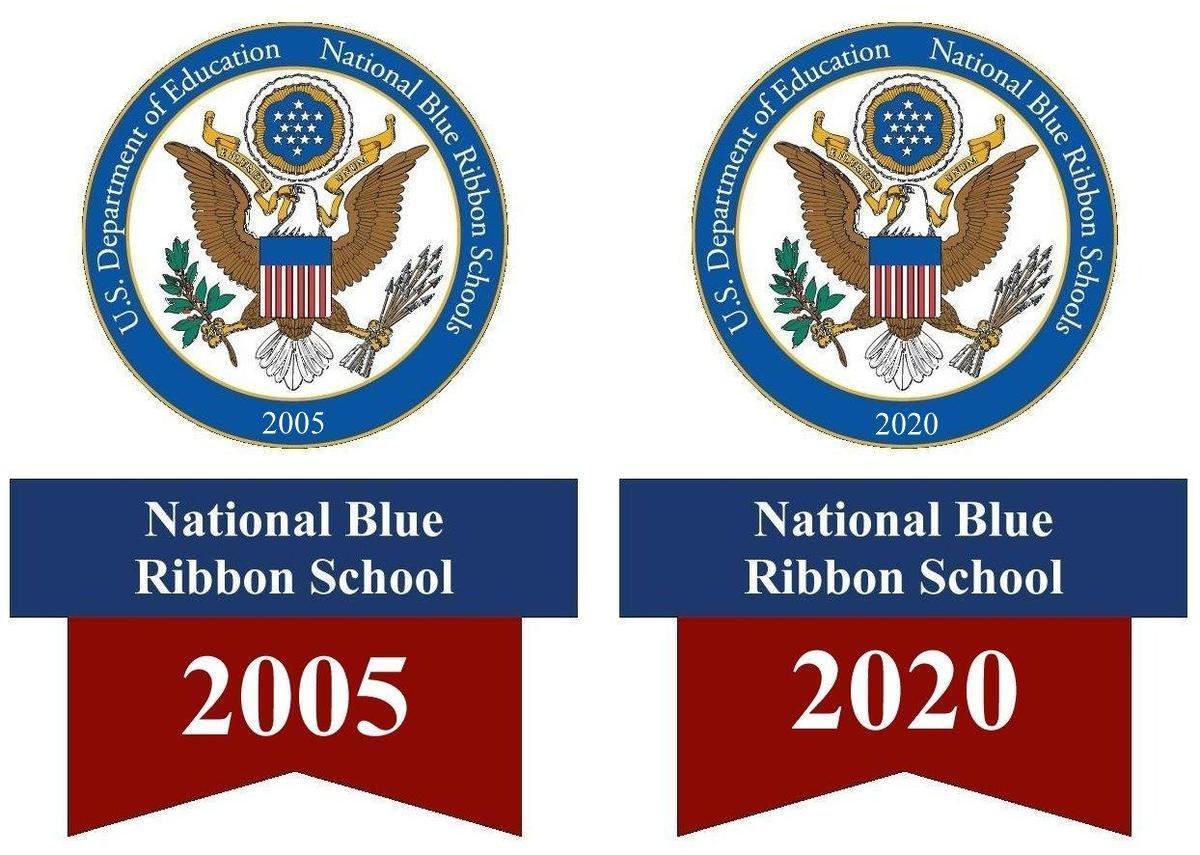 Carver PTA was established in 1948 and has grown alongside Carver School to become a crucial partner of the school. Without the funds raised by the PTA and the commitment of our volunteers, many enrichment programs that our students currently enjoy would otherwise not be available. Currently, Carver PTA funds a full-time STEM teacher, three part-time librarians, a part-time art teacher, a part-time music teacher, a part-time health assistant, two additional noon supervisors, and one drop-off and pick-up driveway supervisor. In addition, it funds music education, recorder instruction, and a before-school choral program. Lastly, it funds all family programs, cultural arts programs, and all technology, art, science and library supplies, as well as most of the books in the library. During 2004-2006 Carver PTA also undertook a special campus beautification and safety effort, in part funding a new entrance sign, the replacement of the old chain link fence along Huntington Drive with a decorative iron fence, as well as the paving of the parking lot on San Gabriel Blvd. to complement the completion of all construction at Carver.
In recognition of the hard work and commitment of our volunteers, in 1975 Carver PTA established the Golden Nugget Award to recognize and honor parents, friends, and teachers who have made an outstanding contribution to the youth of K.L. Carver School. Additional recognition is given to Carver’s volunteers through the San Marino PTA Council’s Honorary Service Award for exceptional service to the community, as well as through the Mr. Carver Award.
Another vital organization on the Carver campus is the K.L. Carver Enrichment Fund, a goal-based fundraising organization not affiliated to PTA or other entities, founded by Carver Parents in 1985, whose entire proceeds from Scrip and registered families on e-Scrip benefit Carver School. Its work thus far has primarily funded improvement of playground facilities for Carver students, as well as critical equipment for the teachers’ workroom such as the copy machine.
We are very proud of the Carver family and the history of parents, teachers, and administrators working so hard in partnership to provide our children with educational excellence. Thank you for becoming part of this family!
If you are interested in reading more about San Marino history, please click here.